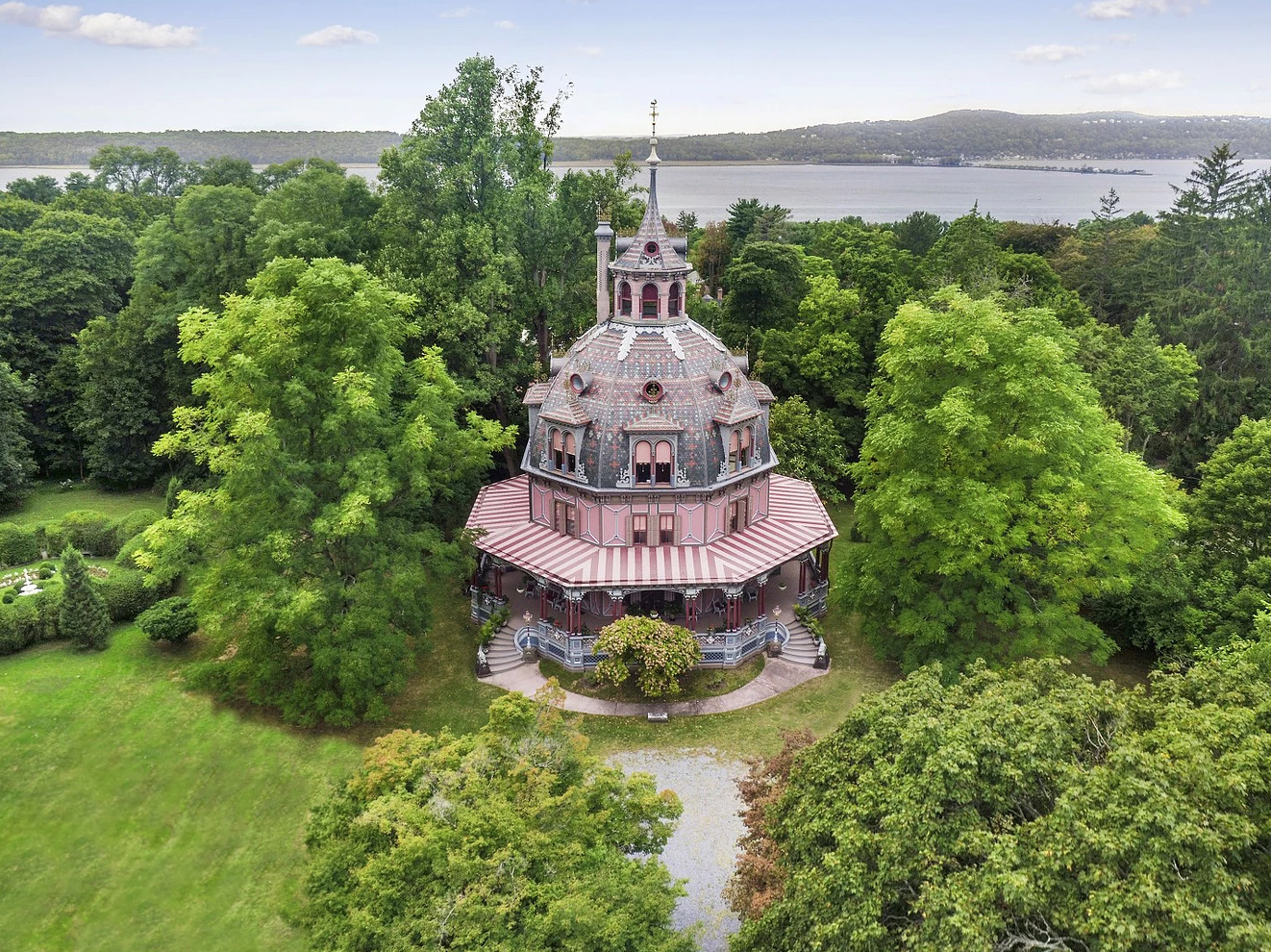 Join us on April 28th for a tour of the magnificent Armour-Stiner (Octagon) House, located in Irvington, NY. The Octagon House is the only known fully domed, octagonal residence and the only house built in the form of an ancient classical temple in the United States. The home was built in the 1860s by Paul J. Armour, but New York City tea merchant Joseph Stiner added the dome and verandah to create the elaborate Roman-style temple.
The house was briefly owned by the National Trust for Historic Preservation in 1976 but was ultimately resold in 1978 to a private citizen. Joseph Pell Lombardi (HP class of 1983), the owner, is a preservation architect specializing in conservation, restoration and historic preservation throughout the world. Under the direction of Lombardi’s son, Michael Hall Lombardi has managed, researched and performed restoration work throughout the house, including the Egyptian Revival Room, Basement, Kitchen, Greenhouse & Studio and much of the decorative surfaces.

The house and grounds have been restored to their 1872 appearance. The interior of the house, its decoration and its 1870s furnishings are the best display in the country of the American neo-Roman style, popular for a brief period in the third quarter of the 19th century. Under the guidance of Michael Hall Lombardi, the only domestic Egyptian Revival room still in existence with its original 19th century furnishings and decoration has been reinstated. The house has been the subject of numerous articles and awards.

The tour is open to current students and alumni. Members will meet at Grand Central at 9:45am to take the 10:07am train from Grand Central to Ardsley-on-Hudson. Tours will begin at 11.30am. The first tour will take place from 11:30-12:30 and the second tour will take place from 12:30-1:30. While the first tour is taking place, the other half of the group can enjoy light refreshments and appetizers/snacks on the porch and see the grounds. Then the groups will switch and the second group will tour, while the first group enjoys the grounds and refreshments. We will return on the 2:14pm train back to Grand Central.

Please email us at info@preservationalumni.org if you plan on driving and we can coordinate parking.

Tickets are not available as this event has passed.